“From the high seat of debate and discussion, university campuses are being turned into islands of ossified worldviews,” adds the letter, which carries the name of over 200 academicians.

New Delhi: A group of academicians and vice-chancellors have written to Prime Minister Narendra Modi expressing concern over the ‘prevailing atmosphere’ in educational institutions, stating that ‘a disruptive far-left agenda is being pursued in the name of student politics.’ “The recent turn of events on the campuses from JNU to Jamia, from AMU to Jadavpur alarms us to the deteriorating academic environment due to the shenanigans of a small coterie of left-wing activists,” the academicians have said in the letter, accessed by ANI. 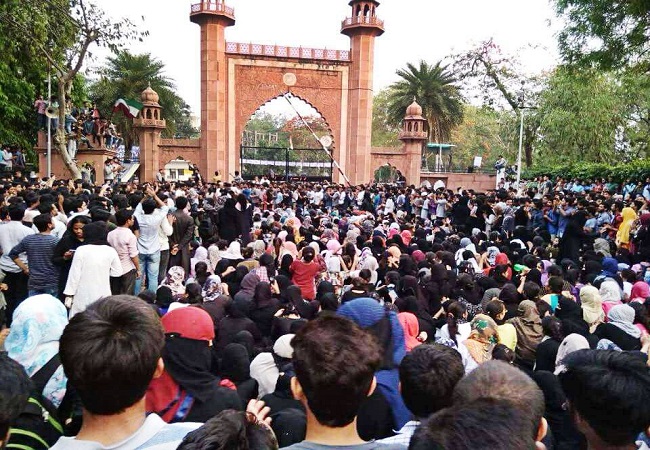 They have stated in the letter that the recent agitations have led to the disruption of academic activities and day to day functioning of these institutions and university campuses are being turned into “islands of ossified worldviews.”

“This has led to the disruption of academic activities and day to day functioning of these institutions. The attempt to radicalised the students at a young age is stifling free-thinking and creativity. It is turning them more into political activists than learners exploring the new boundaries of knowledge. The puritan moral certainty in the name of ideology is leading to the cultivation of intolerance against pluralism and individual liberty,” reads the letter.

“From the high seat of debate and discussion, university campuses are being turned into islands of ossified worldviews,” adds the letter, which carries the name of over 200 academicians. The top academicians and vice-chancellors also said that such things were not only leading to violence between different sections of students but also intolerance against the teachers and intellectuals.

“It has become difficult to organise public talks or to speak independently due to the censorship imposed by left-wing politics. Strikes, dharnas and shutdowns over maximalist demands are common in left strongholds. Personal targeting, public slandering and harassment for not conforming to the left ideology is on increase,” says the letter. They also said that poor students and those from marginalised communities are the “worst sufferers of this kind of politics” and lose out on the opportunity to “learn and build a better future for themselves”.

“They also lose out on the freedom to articulate their own views and alternative politics. They find themselves constrained to conform to the majoritarian left politics,” the letter further says.

“We appeal to all democratic forces to come together and stand for academic freedom, freedom of speech and plurality of thoughts,” the letter concludes. (ANI)