On Kushinagar airport, CM Yogi said that govt is hoping to start international flight operations from here within next 2 months. 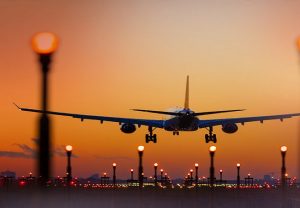 Airline industry disruption due to COVID-19 has far-reaching effects: Moody’s

The strain on the industry's previously flourishing fundamentals is (and will continue to be) felt across a broad swath of the global economy well into 2022 and beyond. Airports in Stage 2 and Hospitals in Stage 3 are hotspots for infection?

Airports and airplanes are notoriously germy given the high traffic and turnover. Door handles at airports, seats, tray tables tend to be bacteria hotspots. So, it’s important to wash your hands after touching these areas. According to official estimates, till Monday 43 samples have tested positive out of the 3,003 samples tested for COVID-19 with 2,694 samples have returned negative results.

Modi has stopped practice of booking a hotel during technical halts in the course of foreign visits for refuelling of aircraft and stays at airport terminals, saving a lot of money to the exchequer.

In a random breath analyser test conducted between September 17 and October 22 at various airports in the country, 13 employees of airlines and airports were found positive. Out of these five were employed as drivers who ferry passengers.

An official release said later that the lease had been given to Adani Enterprises Ltd for operation, management and development under PPP for 50 years as per the terms and conditions of the bid documents. The company had quoted the highest bid for these airports, it said.

The Adani group on Monday won the bid to operate five out of six airports that were put for privatisation by the central government, a senior official of the Airports Authority of India (AAI) said.