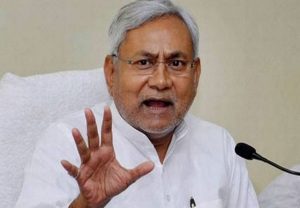 The first phase of polling was held on Wednesday. Bihar will go for two more phases of polls and results will be declared on November 10. In Bihar, the BJP is sharing power with the JD(U) headed by Chief Minister Nitish Kumar. The Assembly polls in the state are due later this year. Why is EC not yet releasing final poll percentage, asks Kejriwal

Delhi recorded a voter turnout of over 61 per cent in the hard-fought Assembly election with the polling having picked up pace in the evening on Saturday. According to the Election Commission's Voter Turnout app, the voting percentage was 61.67 per cent at 10.26 pm on Saturday. Election Commission and other agencies have made elaborate arrangements to ensure smooth conduct of the poll. For the seventy Assembly seats, 672 candidates are contesting. Fourth phase of polling begins in Jharkhand for 15 Assembly seats

Polling at 18 constituencies, barring Jamshedpur East and Jamshedpur West, will be held between 7:00 AM and 3:00. At the other two assembly seats, the voters can cast their votes till 5:00 PM.

About 13 constituencies spread over six districts - Chatra, Palamu, Gumla, Garhwa, Latehar, and Lohardagga will go to the polls in the first phase.

Amit Shah addressed a poll rally in Chatra, Jharkhand. However, the wrong and misleading reportage of his speech by certain sections of media has raised many eyebrows.

Yadav clan to come together in UP?: Uncle Shivpal ready to accept Akhilesh Yadav as CM

The Samajwadi Party had allied with Mayawati's Bahujan Samaj Party for the parliamentary polls and the alliance won 15 seats while SP managed to win only 5 seats. The BSP had later broken off the alliance with SP.