"Madam (Sonia Gandhi) has to continue and the election will take place as soon as possible which is the unanimous decision of the working committee," Muniyappa, who is a special invitee to CWC, told media. He said there was no difference of opinion on the leadership. 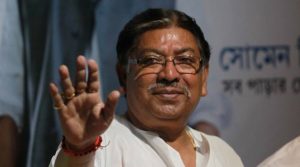 Everyone has seen migrants’ pain, except Centre: Sonia Gandhi The Congress president said that several countries around the world, most notably Canada, have announced wage subsidy measures as a part of their COVID-19 Economic Response Plan.

the Chief Minister regretted the decision of Rahul Gandhi to step down from the top party post. He said that India is a young nation, and will respond to a young leader. It may be recalled that Chief Minister Captain Amarinder had earlier also advocated for a young leader to take charge of the party.

‘I am responsible for 2019 loss’: What Rahul Gandhi wrote in 4-page resignation letter

"Immediately after resigning, I suggested to my colleagues in the Congress Working Committee that the way forward would be to entrust a group of people with the task of beginning the search for a new President. I have empowered them to do so and committed my full support to this process and a smooth transition," he said.