'PIB Fact Check' is a verified handle on Twitter that continuously monitors trending messages on social media platforms and conducts a comprehensive review of its contents to bust fake news. I am fully confident that we are capable enough to defeat corona: Ashok Gehlot

I am fully confident that we are capable enough to defeat #corona. I say this because of my belief in... Delhi Chief Minister Arvind Kejriwal on Tuesday said he is worried about the prevailing situation in certain parts of the national capital and urged everyone to shun violence.

The case pertains to the brutal gang-rape and killing of a 23-year-old paramedical student in a moving bus on the night of December 16, 2012, by six people including a juvenile in Delhi. The woman had died at a Singapore hospital a few days later of the incident. Festivities embody the essence of diversity found in one of the world's most populous nations, celebrated over a three-day period with cultural events displaying national pride. The five men, who were were working towards executing sensational incidents like terror attacks and causing IED explosions, were nabbed in two phases, he said. Official sources said that the file relating to the Ambassador's appointment has been cleared by the competent authority but the government is yet to make an official announcement about it. 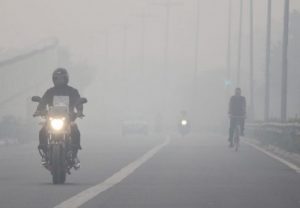 On Tuesday also the pollution level of the national capital remained in the 'severe' category with AQI crossing 430 prompting System of Air Quality and Weather Forecasting And Research (SAFAR) to advise people to avoid outdoor activities.