Two e-mail IDs, one Instagram account, and one Uniform Resource Locator (URL) were mentioned in the toolkit and police have asked for details from the respective platforms. 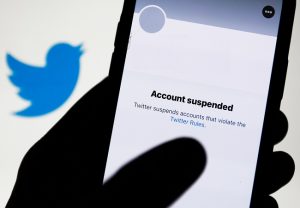 This was done on the request of Ministry of Home Affairs and law enforcement agencies to prevent any escalation of law and order in view of the on-going farmer agitation, as per Sources The Editors Guild said it "strongly condemns the intimidating manner in the way in which the Uttar Pradesh and Madhya Pradesh Police" have registered FIRs against senior editors and journalists (including current and former office-bearers of EGI) for reporting on the farmers'' protest rallies and the ensuing violence that took place in the national capital on January 26. "The government is continuously talking to the unions who want these laws be repealed. We also give an appointment to those supporting the laws, when they request us," Tomar said In a career that spanned over 304 ODIs, 58 T20Is, and 40 Tests, Yuvraj imprinted his place in the echelons of cricket as a player who could pretty much win matches for his side either through his electric fielding, deceptive bowling or fierce batting. Farm Law: The government on Wednesday proposed to give a "written assurance" that the existing Minimum Support Price (MSP) regime for procurement will continue. This comes even as the farmers, who have been protesting at several borders of the national capital since November 26 against the farm laws, have called for a 'Bharat Bandh' today, which has gain support from all corners, including opposition parties and lawyers. Farmers have been protesting at the borders of the national capital for over a week now against the three farm laws. The Centre is engaging with farmers to settle their differences. Yograj recently courted controversy during the protest with a provocative speech that is now being dubbed as Anti-Hindu and as an insult to Hindu women.