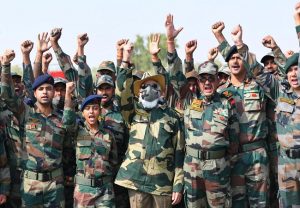 PM Modi said the Chief of Defence Staff was recently inducted into the hierarchy of Armed Forces to coordinate modernisation and provision of equipment along with the soldiers. We pray to Maa Durga to bless with strength to overcome the global pandemic, Tweets PM Modi on Mahalaya

It is from this day that the Durga Puja fever begins. Durga Puja starts from the seventh day after Mahalaya and ends on the tenth day of Dashami or Dussehra.

Idols of Goddess Durga are transported to various pandals from this day, with the onset of the last round of preparation for the grand festival. Suniel Shetty asked fans to celebrate an eco-friendly Ganesh Chaturthi. He posted a picture on Twitter with a message that read, " Nature is the art of God. Let's protect it. In order to play Holi the right way, one can make natural colours by simply using turmeric, chandan and henna and mixing them in different combinations. 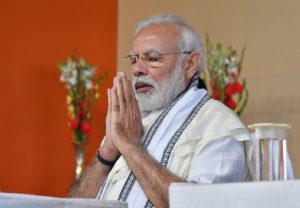 Makar Sankranti is a festival in the Hindu calendar, dedicated to the Sun deity Surya, while 'Magh Bihu' is celebrated with community feasts after the annual harvest takes place.

Ram Navami being celebrated across country

People are celebrating the festival with a lot of fervour and zeal and can be seen conducting rallies, chanting "Jai Shri Ram," performing special 'aarti' in temples as well as during 'Rath Yatras.'

Happy Holi ! Google marks festival of colours with a doodle

On the day of Holi, people smear each other with colours and hurl water balloons at one another. People are often seen engaging in celebratory dance to the beat of drums, thus furthering the spirit of togetherness.

New Delhi: Manipur Sangai Festival – 2018, the biggest annual tourism festival of the state, has been about glitters, rich...