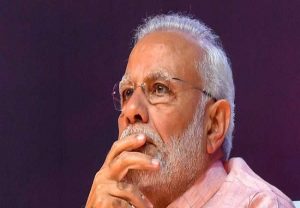 the Union Home Minister also inaugurated a bridge and also laid the foundation stone of an office for Kalol APMC.

The BJP is contesting 164 seats while the Shiv Sena has fielded 124 candidates. As many as 14 candidates of smaller parties are contesting the assembly polls on the BJP's lotus symbol.