A councillor to key Congress functionary: The journey of Ahmed Patel

Patel Became a joint secretary of All India Congress Committee (AICC) during Indira Gandhi's tenure. He then came close to Rajiv Gandhi too and became parliamentary secretary to Rajiv Gandhi. Patel, also the Treasurer of the Indian National Congress, had tested positive for the COVID-19 on October 1 and was admitted to the Intensive Care Unit of Medanta Hospital in Gurugram on November 15. 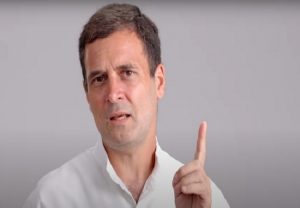 Congress leader Rahul Gandhi on Monday shared a video by the late leader in which he had slammed the UP government over its handling of the Hathras incident, and police high handedness against Opposition. Gurugram, the cyber city which houses many multi-national company offices and sprawling shopping malls, became paralysed by heavy rains today. Cars and other vehicles were seen crawling on roads filled with water. At a few places in the city, boats were also seen. A number of vehicles were damaged in the Saket area's J Block here on Wednesday after a side wall collapsed following incessant downpour across Delhi NCR. This is the Sector 109 of Gurugram. There is no clear patch left on this road as they are riddled with potholes. Everyday, people have to struggle to cross past this road. New Delhi: Union Minister Dharmendra Pradhan has tested positive for the novel coronavirus. Pradhan has been admitted to the Medanta... In view of SPG security, Priyanka Gandhi Vadra was allotted 35 Lodhi Estate in New Delhi area since 1997. However, after the SPG security was removed and her security was categories to Z+ last year she was asked to vacate the house.