Counting for the Karnataka local body elections is underway in different parts of the state, including Shivamogga and Davanagere. This is the second phase of gram panchayat elections in the state. 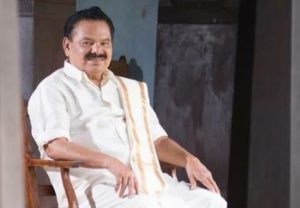 JDS leader K Amarnath Shetty passes away at 80 in Mangaluru

Shetty, a trustee of Alva's Education Foundation (AEF), had joined politics in 1965 and went on to become the President of Paladka Panchayat in Karkala Taluk. In 1983, he was elected as an MLA from Moodbidri constituency and was re-elected again in the same constituency in 1987 and 1994.

These by-polls are being considered very crucial for all three major parties contesting in these polls- BJP, Congress and JD(S).

BJP misusing Constitution, will be taught a lesson in Karnataka bypolls: Mallikarjun Kharge

Kharge further said that all disqualified MLAs will lose in Karnataka as they cheated the ideology and party and people are really angry on them.

The Supreme Court on Wednesday upheld the decision of the then Karnataka speaker K R Ramesh Kumar to disqualify 17 rebel Congress-JD(S) MLAs under the anti-defection law but said that they can contest the upcoming by-elections in the state.

By-elections to the 15 assembly seats in Karnataka are scheduled to be held on December 5.Earlier, it was o October 21 in 15 constituencies that were vacated by rebel MLAs of Congress and JD(S).

The Janata Dal (Secular) expelled three rebel MLAs from the party for indulging in anti-party activities, days after the Congress-JD(S) government collapsed after losing the confidence motion.