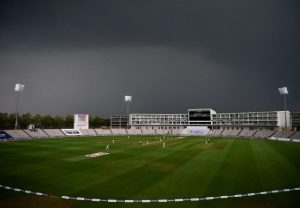 Pakistan won the toss and elected to bat first against England in the second Test of the three-match series here at the Ageas Bowl in Southampton. Chris Woakes and Jos Buttler then got together at the crease, and the duo played in an aggressive manner to retrieve the innings for England. The hosts went into the tea break at 167/5, still, 110 runs away from the target with five wickets in hand. Stokes’ is golden nugget in our side, says Joe Root

"And it's not happened by accident, he works bloody hard and sets a great example to the young guys around in our team as they come into this side, seeing what Test cricket is like and how different it is to county cricket," he said.