The website made by the party which is inviting people to join the online army has now potentially turned into a publicly available database of Congress supporters which can be leaked easily. Delhi Police on Friday said adequate security arrangements are in place at borders to prevent any untoward incident and social media contents are under surveillance to prevent the spread of false rumours ahead of 'chakka jam.' "Warm wishes to all citizens of India on the occasion of 72nd #RepublicDay. Jai Hind!" wrote Defence Minister Rajnath Singh on his official Twitter handle.

"It is for the State to assess and review the threat perception of individuals on a case to case basis," the top court said in its order earlier this week. 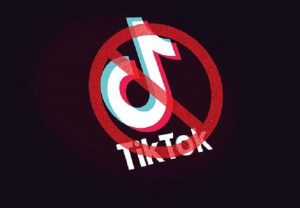 US Senate Committee to vote on bill banning Tik Tok

Secretary of State Mike Pompeo has said that the US is looking at banning Chinese social media apps, including TikTok, suggesting it shared information with the Chinese government. He called upon Americans to be cautious during usage of the mobile application. A few days back, four terrorist associates of the LeT were arrested in Jammu and Kashmir's Budgam district. The security forces had recovered arms and ammunition from their possession. Google has also advised against sideloading these apps. As it can't certify new Huawei devices, sideloading of apps may hamper user security. Security beefed up in Kashmir ahead of Republic Day: DGP Dilbagh Singh

"All arrangements have been made with regard to security measures on ground, the security in South Kashmir has been reviewed. We visited Anantnag and also took stock of the security in other districts," DGP Singh said.