The shrine of Kedarnath is covered in a layer of snow as the Valley and the surrounding hills received fresh spells of snowfall, causing a significant dip in the temperature levels of the hills. UP CM Yogi Adityanath performs prayers at Kedarnath, to inaugurate UP tourist centre

The foundation stone of a 40-room tourist guest house at Badrinath to be operated by the Uttar Pradesh Tourism Department will be laid tomorrow. The cost of the guest house will be Rs 11 crores and will be built in two years time. “If anyone has slightest of symptoms, he/she should get the test done. All steps should be taken to prevent spread of Covid-19 during festive season and Winters,” Uttarakhand CM said. Attorney General KK Venugopal, appearing for the Trivendra Singh Rawat, submitted that the Chief Minister was not a party to this case even and the Uttarakhand High Court's single-judge bench had ordered a CBI probe without hearing his side. 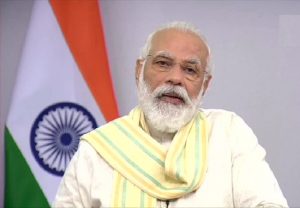 Surveillance and sampling have been greatly increased in the state. ICU, ventilator and oxygen support facilities are also being continuously increased, Rawat said as per the Uttarakhand CMO.

Before the COVID-19 outbreak, PPE kits were not being manufactured in the country, he said adding that India has begun manufacturing of these kits at such a large scale that its import has begun. As part of specific suggestions, the Prime Minister also gave directions for further development of other heritage and religious spots in the stretch extending from Ramban to Kedarnath. ‘Will always be grateful to you’: U’khand CM thanks Sonu Sood for sending back migrant

The 46-year-old actor who is known for his roles in films like 'Singh is Kinng,' 'Simmba' and 'Dabangg' is being hailed all over the media for arranging hassle-free passage of migrant labourers to their respective homes.

Preparations on for opening of Badrinath Dham portals on May 15