Dia Mirza-Vaibhav Rekhi wedding: Inside photos of the beautiful ceremony 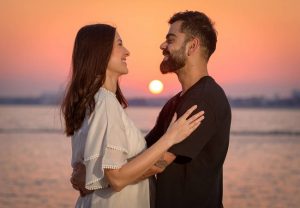 Anushka and Virat had welcomed their daughter at Mumbai's Breach Candy hospital on January 11. Last year in August, the couple had announced that they were expecting their first child in January 2021. Talking with Rajeev Masand, he said “My girlfriend Alia is a bit of an overachiever, and she probably took every class there is -- from guitar to screenwriting. Bridegroom arrived to the marriage venue in police gypsy and after the wedding, the bride’s vidai took place in the same gypsy. The spontaneous announcement came nearly five years since Adele released her last album '25' in November 2015, it also got her a Grammy for album of the year. Rani’s husband died three years ago. Both of them used to work at the same police station but after husband’s death 3 years ago, the family was under financial strain. Groom, his family dressed up in wedding attire cast vote in Delhi

Appealing the voters to come out in large numbers to exercise their franchise, he said, "I want to appeal everyone to leave every work and vote first because it is our duty towards the betterment of Delhi."

The clip, which is now being shared by many, was initially tweeted by the show’s official Twitter handle. Since being shared some 17 hours ago, the clip has amassed over 3, 86,900 views. Additionally, it has also gathered 4300 ‘likes,’ and more than 1,400 retweets.