New Delhi: A viral video is doing the rounds on the social media which shows how eggs are being artificially manufactured in China and then exported to other countries for consumption. In first instance, the viewer may assume this to be real but after fact-check, we found it to be grossly misleading. It is not even an egg, it is called ‘Slime Toys’ and they have striking similarity with the egg.

The viral video has been shared by a Facebook user named Bittu Sharma. In this video, some people could be seen filling the egg-shaped structure with some white material and then sealing it. Facebook user curses the China for its cunning tricks.

The video also has a message for the viewers – Don’t consume them. Purchase eggs from only your known grocery shops.

We did some research on this video and found out that this video has been in circulation on social media since 2017. While doing google reverse search of the image frames (taken out from video), we came to this conclusion.

Investigating it further, we noticed a Korean company label. This company sells Slimes on various online websites. This completely looks like an egg but in reality this is not a Slime Toy. It’s meant for playing purpose and not eating.

We also came got in touch with Food Safety and Standards Authority of India (FSSAI) to verify our investigation.

There we found a notification, which debunks any such linkage between the two.

According to FSSAI, there is no such technology or chemical which can generate artificial eggs. This is also not feasible as naturally born eggs are much more nutritious and cheaper than the rest.

The viral video was shared by user Bittu Sharma. He is a resident of Agra, Uttar Pradesh. 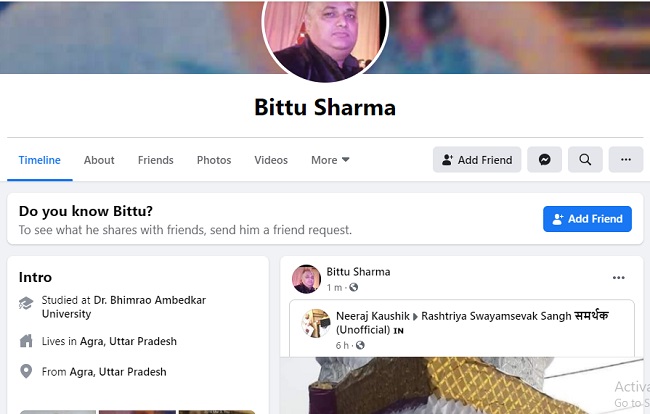 The viral claim that China is making artificial eggs stands exposed. There is no truth in it.