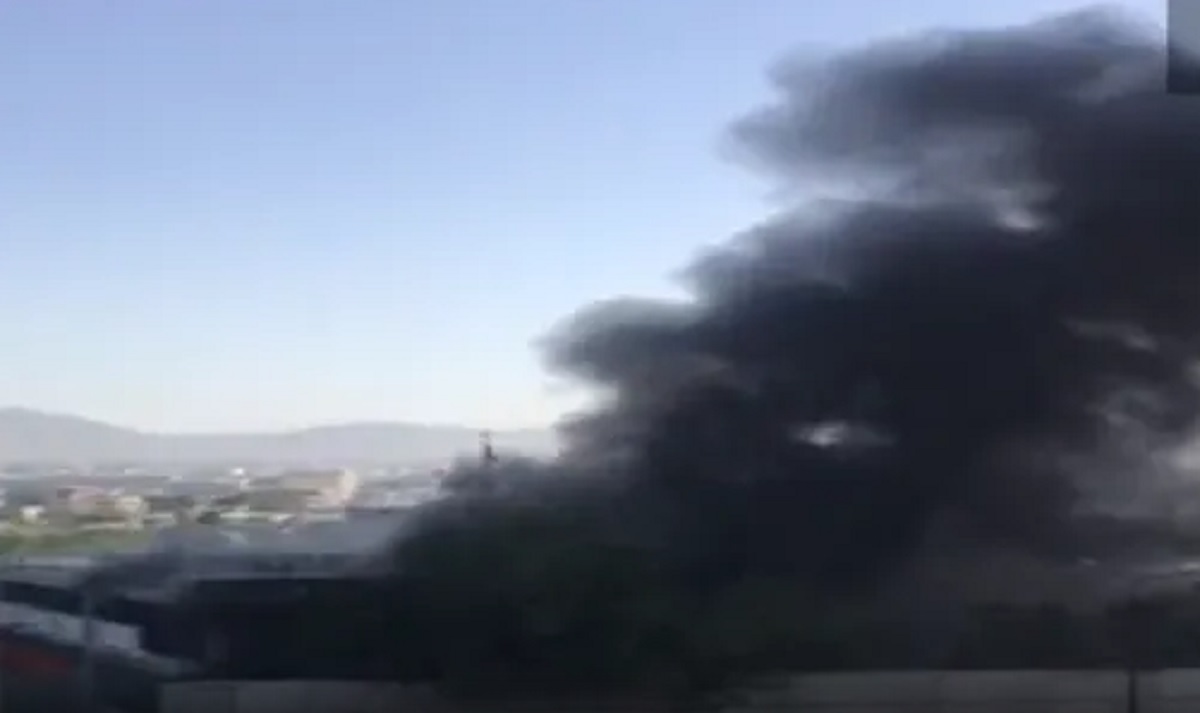 New Delhi: Unidentified gunmen attacked a Sikh Gurudwara in Afghanistan’s capital Kabul on Saturday morning. The terrorists stormed the gurudwara premises and started firing indiscriminately at the worshippers. This resulted in death of at least 2 people while many others are said to be trapped inside.

The militants with suspected ISIS links also carried explosions at the holy site and it resulted in severe damages to a large part of the shrine.

Update: 3 persons evacuated from Gurdwara Karte Parwan in Kabul. 2 of them were injured and sent to hospital. While one guard of Gurdwara Sahib is reported dead#kabul #GurdwaraKarteParwan @PTI_News @ANI @republic @TimesNow @ABPNews pic.twitter.com/RFctQRhtpM

The security guards stationed at the gurudwara premises engaged in retaliatory fire and one of them perished in the gunfire that took place.

Several videos of the gruesome attack surfaced on social media in which people could be seen scurrying for shelter. Gunshots can also be heard in the videos. Fire engines could be seen in the videos, trying to douse the fire after explosion.

According to reports, when the militants attacked the premises, at least 30 Sikhs & Hindus were inside the Gurudwara for morning prayers. After the attack, some managed to flee while others got trapped inside.

Earlier, the government is monitoring the situation and taking updates on terror attack on Gurudwara.

“We are deeply concerned at the reports emanating from Kabul about an attack on a sacred Gurudwara in that city. We are closely monitoring the situation and waiting for further details on the unfolding developments,” the MEA said.

Alarming news from #Kabul armed militants likely from #ISIS as per Gurnam Singh the president of Gurdwara,have entered Karte Parwan Gurudwara.He is weeping & many of those residing in Gurdwara have been killed as per him .Requesting @narendramodi ji & @MEAIndia for SOS assistance pic.twitter.com/5iEtCLMTwH

This is the same gurdwara that provided shelter to members of Sikh, Hindu and other minorities when Taliban forcible took over Afghanistan in August 2021.
The Gurudwara in Kabul is home to at least 150 Sikhs who have chosen to stay there despite Taliban takeover.