India stands with its friends, says Jaishankar as Indian-made vaccines arrive in Afghanistan According to the sources quoted by Tolo News, Afghan and Iranian officials were inaugurating the book exhibition at the university when the explosion and gunfight happened, forcing the students to vacate the area. Dr Abdullah, who is the chief Afghan govt negotiator for the intra-Afghan talks, is on a four-day India visit, the first since taking charge of the position. 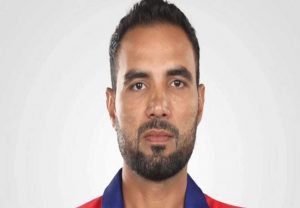 RIP Najeeb Tarakai: Afghanistan batsman was severely injured in a car accident on October 2 and he had subsequently undergone surgery. Withdrawal of US forces from Afghanistan to benefit China: Report

China and Pakistan have reportedly begun an unprecedented intelligence-sharing arrangement to secure Beijing's influence in Afghanistan. During their telephonic conversation, PM Modi also reiterated India's commitment to the people of Afghanistan in their quest for a peaceful, prosperous and inclusive Afghanistan, the Prime Minister's Office said in a statement on Monday. The attack has been claimed by ISIS. Among the dead were prisoners as well as civilians, prison guards and Afghan security personnel, Attaullah Khogyani, a spokesman for the governor of Nangarhar province, told Al Jazeera. The repatriation process was immediately initiated by the Indian Government after perturbing reports of rampant security threats, human rights violations, and decimated on the minority communities surfaced. India signs 5 MoUs for development of educational infrastructure in Afghanistan

The embassy said that the Indian government remains committed to take forward the India-Afghanistan Development Partnership based on the national priorities of the government and people of Afghanistan.