Washington D.C. [USA]: The United States Justice Department on Monday sent 21 Saudi military cadres home following a probe into a deadly shooting at a Florida Naval base carried out by a Saudi pilot.

In a statement, Attorney General William Barr said that 21 cadres were disenrolled from training programs in the US after learning that they possessed some “derogatory material.” 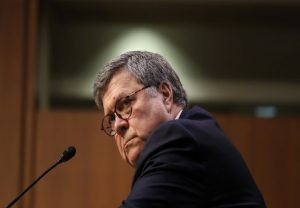 Barr said the investigation found that 17 of the 21 Saudi members had “social media containing some jihadi or anti-American content. However, there was no evidence of any affiliation or involvement with any terrorist activity or group.”

He noted that 15 individuals (including some of the 17 just mentioned) had had “some kind of contact with child pornography. While one of these individuals had a significant number of such images, all the rest had one or two images, in most cases posted in a chat room by someone else or received over social media,” adding that prosecutors could not execute the trainees under American law. According to sources the expelled Saudi officers aren’t accused of being a part of Alshamrani’s plan, but have been linked to other extremist movements.

“However, the Kingdom of Saudi Arabia determined that this material demonstrated conduct unbecoming an officer in the Saudi Royal Air Force and Royal Navy and the 21 cadets have been dis-enrolled from their training curriculum in the US military and will be returning to Saudi Arabia (later today),” the statement stressed. 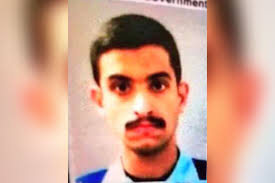 “This was an act of terrorism,” Barr said in the investigation.

“The evidence shows that the shooter was motivated by jihadist ideology as he had posted a message on social media on Sept. 11 of last year that said: ‘the countdown has begun.’ Over Thanksgiving weekend, he visited the 9/11 Memorial in New York City. He also posted other anti-American, anti-Israeli, and jihadi messages on social media, and did so two hours before his attack at the naval base,” the attorney general added.

Saudis have received training at the Pensacola site since the 1970s. As of early December, there were 852 Saudis in the US for Pentagon-sponsored training related to security cooperation, representing 16 per cent of the 5,181 students from 153 countries in these programs, the Defence Department spokesman Chris Garver said. (ANI)