New Delhi: Everyone in JugJugg Jeeyo is dressed in fancy attire. Blingy jackets, suits, and lehengas are available. Unapologetic Punjabi humour elicits genuine laughter.  In every 10 minutes their is a song and that to with all good looking faces. Raj Mehta, who directed Great Newwz (2019), once once more brings a gather of Punjabis to the screen, this time from Patiala.

The film begins with a childhood love tale at school between Kukoo Saini (Varun Dhawan) and Naina Sharma (Kiara Advani), with Naina’s brother Gurpeeet (Maniesh Paul) playing the wingman unintentionally. Kukoo proposes to Naina in one scene with a temporary tattoo on his six-pack abs that reads: Will you marry me – Yes or No? Soon after, we are introduced to Kukoo’s Punjabi family — father Bheem (Anil Kapoor), mother Geeta (Neetu Singh), and sister Ginny — through a beautiful wedding and song sequence (Prajakta Koli). Five a long time afterward, we learn that Kukoo and Naina, who presently dwell in Toronto, Canada, have fallen out of cherish and are looking for a separate. But again they agree to pretend to be a happily married couple for Ginny’s wedding back home. While the two are considering divorce, they are in for a larger surprise when elder members of the family also want out of their terrible marriage. 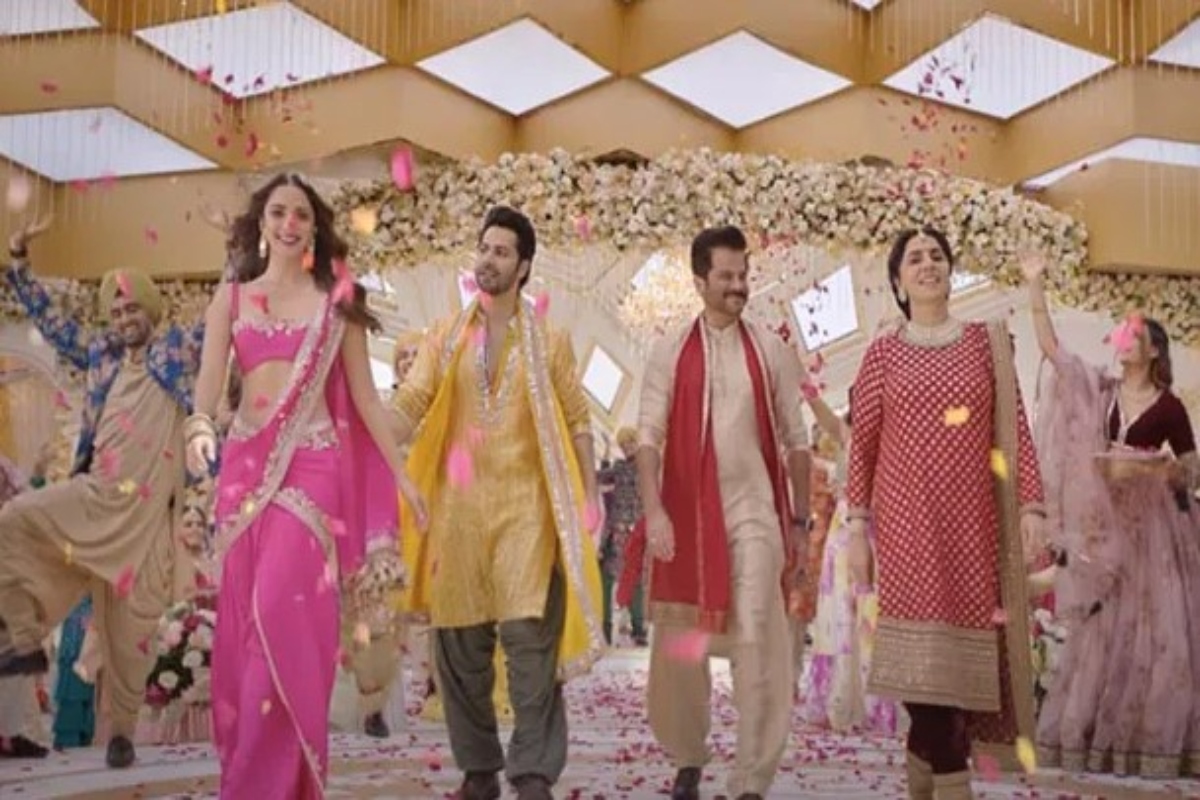 JugJugg Jeeyo, too, talks at length about’shaadi ke baad sab badal jaata hai,’ but it’s the treatment that appears to be a bit intense this time through, with an attempt to go deep into how a marriage of 35 years and a marriage of 5 years stand the same fate.

From the first scene to the end, the film maintains a tempo that keeps you immersed in the happy and bad times of the Saini family and avoids too many dull periods. Anurag Singh’s story and Rishabh Sharma’s dialogues work well together to create situations that will make you laugh, weep, and empathise to the characters, all with a lot of naach gaana. Even in the most dramatic scenes, there are flashes of laughter that do not appear misplaced or forced; this is what I appreciated best about the picture.

#JugJuggJeeyo is a family entertainer…. Paisa vasool request all you to watch in theatres. & @Varun_dvn you are one of the underrated actor of india. 🤴🏻🤴🏻🤴🏻

Made me laugh & cry in equal measure. A complete family entertainer.Thanks to #karanjohar for keeping Indian values alive.
Superb performances from the entire cast. Take a bow. #JugJuggJeeyoReview @karanjohar