New Delhi: A BJP delegation met Governor Lalji Tandon on Saturday requesting him to conduct a floor test in the assembly. 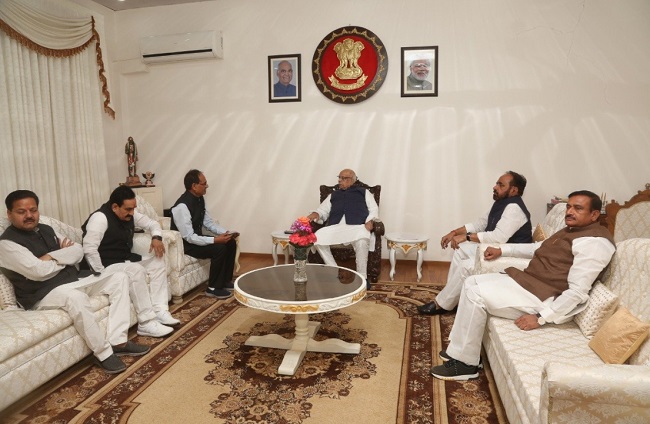 22 Congress MLAs, including six ministers, have tendered their resignation from the Legislative Assembly on March 10.

The legislators sent their resignation letters soon after Jyotiraditya Scindia resigned from the Congress.

Congress has been witnessing an internal turf war in Madhya Pradesh since the party formed a government in the state. Of late, the rift between Scindia and Kamal Nath came out in the open with the former criticizing the Chief Minister on multiple occasions. Scindia later went on to join the BJP. (ANI)