On Wednesday, a Delhi court sent Imam to five-day custody under Delhi Police Crime Branch. He was booked for sedition for his provocative speeches in which he made the “cut off Assam from India” statement.

Deoband (Uttar Pradesh): Amid nationwide protests against the amended citizenship law, BJP MLA Sangeet Som has triggered a possible controversy stating that people like JNU student Sharjeel Imam, who made the “break Assam from India” remark, should be shot dead publicly.

“As far as people like Sharjeel Imam, who talk of breaking India are concerned, such people should be shot dead publicly,” said Som while speaking to ANI on Thursday. On Wednesday, a Delhi court sent Imam to five-day custody under Delhi Police Crime Branch. He was booked for sedition for his provocative speeches in which he made the “cut off Assam from India” statement.

While commenting on the protestors agitating against citizenship law at Delhi’s Shaheen Bagh, he said that the area has become a “picnic spot” for these people.

The BJP legislator from Sardhana alleged that the women sitting on protests have “no work” and a probe is required to determine the source of funding of these protests. “The opposition parties are giving thousands of rupees to all these people in exchange for anti-CAA protests, as well as funding is being received from abroad,” the BJP MLA said.

Responding to the firing incident near Jamia on Thursday, he said: “Some people are spreading chaos everywhere in the country and firing at the protestors was also the trick of those people.”

He claimed that the man accused of firing will be soon proved as “one among the protestors”. 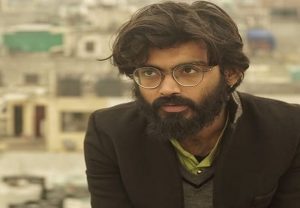 On Thursday, a person brandished a gun in presence of heavy police force deployment and fired towards the marching students. Shahdab Farooq, a student, who sustained injuries in the incident was taken to hospital where he was given medical aid and is currently undergoing treatment.

Som further cornered Congress leader Rahul Gandhi for opposing the citizenship act and alleged that the Gandhi scion was protesting against the CAA since he is afraid of losing his own citizenship.

“Rahul stands against the CAA because he is afraid of losing his own citizenship. Perhaps he does not have any valid documents to prove his citizenship. When his documents will be checked, everything will come out,” he said.