Dhoni was slated to return to the cricket field on March 29 during the IPL’s opening match between CSK and Mumbai Indians. However, the tournament has been postponed indefinitely due to COVID-19 pandemic.

New Delhi: Wicket-keeper batsman MS Dhoni is known for his finishing heroics and ending the match with a big shot to send a billion people in a frenzy. 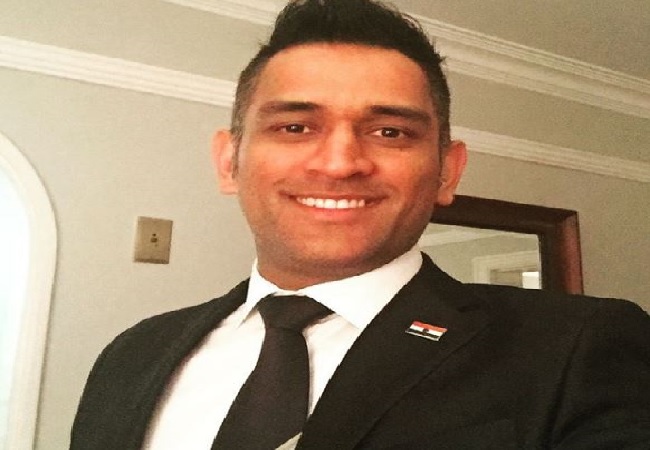 It was on April 5, 2005, when Dhoni had registered his first international century. The former skipper registered the feat against Pakistan in the second ODI of the six-match series. The match was played at the Dr YS Rajasekhara Reddy ACA-VDCA Cricket Stadium in Visakhapatnam.

Dhoni had made his ODI debut against Bangladesh in 2004. However, he did not have a good outing as he scored just 19 runs in the three-match series. But the wicket-keeper truly arrived in the series against Pakistan in 2005, as he scored 148 runs in the second ODI of the six-match series at Visakhapatnam.

In the match, India won the toss and opted to bat first. The side lost Sachin Tendulkar’s wicket in the fourth over of the innings and it brought Dhoni to the middle.

Dhoni, along with Sehwag, took on the Pakistan bowlers and the duo formed a 96-run stand, which saw Sehwag going past the 50-run mark. Sehwag (74) was sent back to the pavilion in the 14th over, but Dhoni then found support in Rahul Dravid and the duo stitched a 149-run stand.

Dhoni smashed 15 fours and four sixes in his innings and scored 148 runs from 123 balls, taking India’s total to 356/9 in the allotted fifty overs.

India then managed to defend the total as the side bundled out Pakistan for 298 as Ashish Nehra scalped four wickets.

Dhoni has so far played 350 ODIs with his highest score being 183 against Sri Lanka. He also remains the only captain to win all major ICC trophies (50-over World Cup, T20 World Cup, and Champions Trophy).

Also referred to as ‘Captain Cool’, Dhoni is known for his calmness and exquisite captaincy on the field.

Over the years, he has cemented his place as one of the finest wicket-keepers across the world. His agility behind the stumps has given India many breakthroughs as the Ranchi-based wicket-keeper has done successful stumpings in no time.

He is also known for his knack of opting for reviews and many have jokingly remarked to change the ‘Decision-Review System’s’ name to ‘Dhoni-Review System’.

In December 2014, he announced his retirement from Tests and gave a chance to the likes of Wriddhiman Saha. Dhoni called time on his Test career after playing 90 Tests, managing to score 4,876 runs at an average of 38.09. Then in 2017, he handed over the captaincy to Virat Kohli in the 50-over format. However, the wicket-keeper enjoys a great camaraderie with the latter and the duo have been seen often taking decisions together on the field.

Dhoni was slated to return to the cricket field on March 29 during the IPL’s opening match between CSK and Mumbai Indians. However, the tournament has been postponed indefinitely due to COVID-19 pandemic.

The 39-year-old has been currently enjoying some time away from the game. He last played competitive cricket during the 2019 World Cup. (ANI)