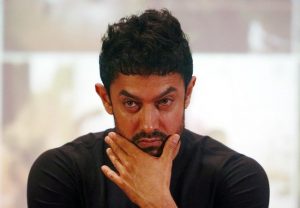 Thanking the Brihanmumbai Municipal Corporation (BMC) for their precautionary steps, he added, "I would like to thank the BMC for taking such good care of them, and for fumigating and sterilising the entire society." 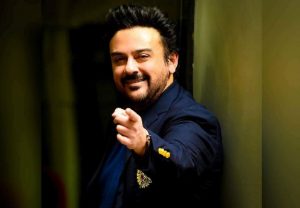 As a Muslim, I feel safe in India: Adnan Sami

Answering a query on the sidelines of the even about violence in Delhi, the 46-year-old musician said it is very unfortunate. The film was released across India on Friday and also in Jammu and Kashmir. Aadil Khan and Sadia have played the lead role in the movie. Kumar revealed in his social media post that the film will now make it to theatres on January 22 next year. Bollywood actor Aamir Khan reached Himachal Pradesh, on Saturday, to shoot a portion of his upcoming film, "Laal Singh Chaddha". Local residents and passersby rushed to get a glimpse of the Bollywood superstar in Rampur town, around 110km from the city. Aamir obliged fans by taking out time to pose for selfies. The comedy-drama film directed by Advait Chandan and bankrolled by Aamir Khan Productions along with Viacom18 Motion Pictures, 'Laal Singh Chaddha' would mark as the third team-up of the 54-year-old actor and Kareena after giving two of the critically appreciated movies -- '3 idiots' and 'Talaash'.

Aamir Khan in and as ‘Laal Singh Chaddha’ is finally here!

Inspired by the 1994 American comedy-drama 'Forest Gump', the film is written by Atul Kulkarni, and directed by Advait Chandan. It is produced by Viacom18 Studios and Aamir Khan Productions.

With this, Kriti has added another to her long list of projects including the upcoming release 'Panipat' and 'Mimi', shooting for which commenced recently.

From the song sequences to the emotional scenes, Aamir and Kareena are all set to take the audience by a storm with their next film, Laal Singh Chaddha.

The lead pair of the film Aamir and Kareena will share the screen for the third time after 'Talaash,' and '3 Idiots.'