We have young side with match-winners: Harmanpreet Kaur

India will lock horns with the defending champion and hosts Australia in the opening match of the tournament on February 21. Minister for Tourism, Sport and Major Events in the Victorian Government, the Hon Martin Pakula MP said this is a win for cricket fans and another boost for the Victorian economy. Ricky Ponting, Shane Warne, Justin Langer, Adam Gilchrist, Brett Lee, Shane Watson, Alex Blackwell and Michael Clarke will feature in the match while Steve Waugh and Mel Jones will be involved in a non-playing capacity. The remainder of the players are yet to be announced. 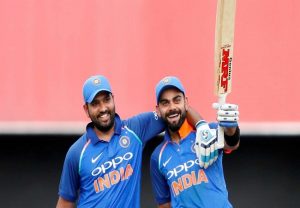 From the Australian side, Steve Smith jumped four places to reach the 23rd position. David Warner improved one spot to claim the sixth position while Aaron Finch broke into the top ten by gaining one spot. New Delhi: In the second ODI in Rajkot, India defeated Australia by 36 runs and levelled the series by 1-1....