Pompeo made these remarks while reacting to Chinese filing a boundary dispute with Bhutan at a meeting of the Global Environment Facility. 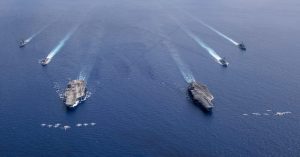 The exercise is long-planned but comes as China conducts military drills of its own in the area, near the contested Paracel Islands, exercises that have been criticised by the US and other countries. 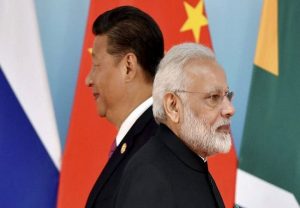 China silent over its casualties suffered in Galwan valley during talks: Sources

The Chinese side also conveyed that they had submitted a proposal "a long time back" to discuss and resolve the boundary issue with India and New Delhi should respond to it. The details of the proposal given by the Chinese government are still awaited, the sources said.

The deadly clashes at the Galwan valley near the Line of Actual Control (LAC), apparently the first incident of bloody... This was apparently the worst ever bloody battle along the India-China border, as not a single soldier has been killed on either side of the LAC in last 40 years. 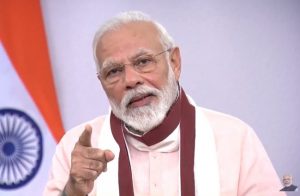 Warning Beijing over its treacherous designs at the Line of Control, PM Modi said, “India wants peace but when instigated, India is capable of giving a befitting reply, be it any kind of situation.” Tiananmen Square incident, also called June Fourth incident, saw huge demonstration by Beijing University students who sat on indefinite hunger strike for a cause but were attacked and brutalised by Chinese troops. Out of the total cases, 12,974 cases are active, while 2,231 people have been cured/discharged/migrated and 507 deaths have been reported, as per the ministry.

Over 1000 died in mainland China due to coronavirus

Chinese President Xi Jinping on Monday appeared before the public for the first time since the coronavirus epidemic started and said the government would prevent large-scale layoffs amid the outbreak.