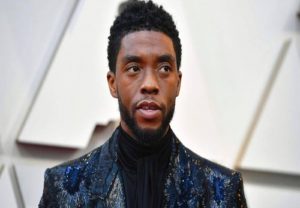 "From Marshall to Da 5 Bloods, August Wilson's Ma Rainey's Black Bottom and several more, all were filmed during and between countless surgeries and chemotherapy." ‘I know the journey and the pain’: Yuvraj Singh condoles demise of Irrfan Khan

Irrfan was last seen on screen in 'Angrezi Medium'. He was not a part of the film's promotions owing to his ill health. From small screen to Hollywood: A look at actor Irrfan Khan’s versatile journey

Hailing from Jaipur, the seasoned actor was born in a Muslim nawab family, to Begum Khan and Jagirdar Khan. While studying for his Master's degree, it was in 1984 that he earned a scholarship to study at the National School of Drama (NSD) in New Delhi. While the test still needs to be validated in a larger cohort, researchers say they are excited by the promise of what it could potentially mean for a patient population in need of this kind of advancement.

While the test still needs to be validated in a larger cohort, researchers say they are excited by the promise of what it could potentially mean for a patient population in need of this kind of advancement.

The findings come from an analysis published in the New England Journal of Medicine and conducted by a team led by investigators at the Karolinska Institutet, in Sweden, and Massachusetts General Hospital (MGH).

In the first few of these 26 years, the then record steadily decreased bringing more hope to the patients' life. The death rate furthered down to 51 per cent in men and 26 per cent in women when affecting the lungs since the '90s.

Sonali wrote, "P.S. Happy Anniversary @goldiebehl, I love you more than you could imagine... thank you for being my pillar of strength in health & sickness... literally!"

You want to win everyone over and will go to any length to get the recognition and growth that you deserve.