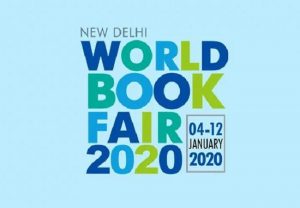 The fair will be open to the public daily from 11 A.M. to 8 P.M. Other features of the fair will include - Theme Pavilion, Authors' Corner, Seminars, Braille Books, Children's Pavilion and Foreign Countries' Pavilion.

The release said that over 500 students took part in the effort to create the world record in "environmental sustainability lessons to the largest number of students at one place".

Mahatma Gandhi brought to life through three-dimensional hologram in Paris

Digital sculpting tools were used to add colour and texture to produce a real-life image of Gandhi. The image was then animated and the voice lip-synced to produce a colour hologram with advanced reprographic techniques.

A day after she raised the issue, Railway Minister admitted in the House that the government was moving towards corporatisation of production units, including MCF.

The Assam Accord, a memorandum of settlement (MoS) was signed between representatives of the Central government led by then Prime Minister Rajiv Gandhi and the leaders of the Assam Movement in New Delhi on 15 August 1985.

The posters about a "workers conference" meeting scheduled for August 4 in Rohtak only portray photographs of BS Hooda and his son Deepender Singh Hooda.

Addressing the ebullient gathering, Priyanka told people that it would have been great if you had chosen veteran actor Amitabh Bachchan as the Prime Minister.

Last week the Congress party had postponed its working committee meeting and Sankalp rally scheduled for February 28 in the backdrop of escalating tension between India and Pakistan on the border.