Anushka Sharma too reposted the artwork and asked the Kerala Chief Minister to find the preparators and bring them to justice for the crime. 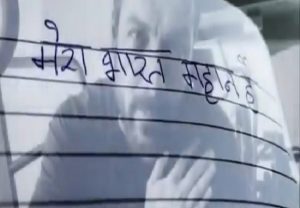 It also addresses the difficulties, but the tireless spirits of doctors and police officials who put their lives at risk to help people feel secure.

The two actors were seen laughing their hearts out in the picture with sun rays from a window in the background adding to the aesthetics of the capture.

The film's first-day collection had surpassed the collection made by Disney's animated film 'Frozen 2' which raked in Rs 3.50 crore on its debut.

Sharing her experience, Jacqueline said, "During the story, I was wondering that Rakul's role is really nice and I'm sure that she will do full justice to it. I am very happy that she is a part of the project," she concluded.

Here’s how John Abraham is prepping up for ‘Attack’

The film will be produced by Dheeraj Wadhawan, Ajay Kapoor and John's production house JA Entertainment and is expected to go on floors this December, trade analyst Taran Adarsh shared on his Twitter handle.

In the first part, John played the role of a vigilante who goes on a corrupt cop-killing spree, this time he is paired with Divya Khosla Kumar for the sequel.

Nikhil Advani, whose recent outing -- Batla House -- will also remain banned in Pakistan, said: "It's not fair that on one side, soldiers are fighting and guarding LoC and we are releasing films."