The weather is likely to be mainly dry over rest of the country," the IMD stated in its All India Weather Warning Bulletin. Kapil Gujjar admitted during interrogation that he is affiliated with AAP: Special Commissioner Praveer Ranjan

The photos, recovered from the phone of the Kapil, show him and his father Gaje Singh with AAP leaders such as Atishi and Sanjay Singh that were allegedly clicked in 2019 on the day when the father-son duo joined AAP. In the morning, Chief Metropolitan Magistrate Gurmohina Kaur sent Kapil, who is a resident of Dallupura village near Delhi-Noida border, to two-day police custody. "Ranjit was shot dead while he was on his morning walk. Unknown men attacked him. We are yet to find out whether the deceased was associated with some organisation or not," said Dinesh Singh, DCP Central Lucknow 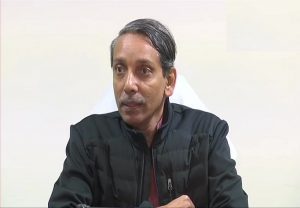 "In the past several days, we have taken several steps to ensure the safety and security for the students. We have enhanced security in the hostel areas. We have given written letters to the Delhi police to ensure there is police at the gates in the uniform, to make sure innocent students are not hurt," he added.

The competitive bids for the auction will be submitted in electronic format on the Reserve Bank of India Core Banking Solution (E-Kuber) between 10.30 a.m. and 12.00 noon. The opposition Congress has time and again criticised the amended law, deeming it discriminatory. While Rahul has termed it an attack on the poor, his sister Priyanka has dubbed the new law unconstitutional.

Rainfall likely over Western Himalayan Region in next 24 hrs: IMD

According to the weatherman, due to cold weather conditions, the fog was recorded at 5:30 in the morning over the parts of East Rajasthan, West Madhya Pradesh and Bihar. "Moderate to dense fog in isolated pockets over West Uttar Pradesh and Punjab."