According to sources, the ED is conducting searches on premises belonging to promoters of security providers, Tops Group, and related members including some politicians. Investigation conducted by ED revealed tha Iqbal Mirchi, in connivance with Mohamed Yusuf Trust, misrepresented about the ownership of these buildings before the Competent Authority (SAFEMA/NDPS Act).

ED attaches assets worth Rs 1.30 crore over siphoning of funds of KSHDCL

Money laundering probe was conducted on basis of FIR lodged against G.C Kishor Kumar, General Manager, KSHDCL and others for siphoning off the funds of KSHDCL, a State Govt. of Karnataka undertaking. 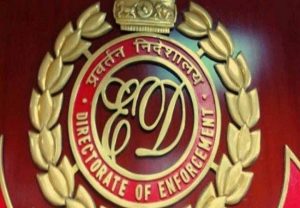 The Central agency produced the accused Sai Chandrasekhar before Saket district and sessions court and also got his remand for custodial interrogation.

Earlier, ED attached assets totalling to the tune of Rs 776 Crore including overseas assets of Rs 203 Crore. Now including this attachment, the total attachment in this case is ₹ 798 Crore (Approx).

Bihar Police investigation had revealed that deceased persons had consumed country liquor which was doubted to be spurious and manufactured/sold by Sanjay Pratap Singh and his associates.

The Central Bureau of Investigation (CBI) had registered a case against Chennai-based SLO Industries & Aran Steels Pvt Ltd on charges of causing a loss of about Rs 201 crores to Corporation Bank.