Patel was undergoing treatment after testing positive for the COVID-19. He breathed his last after multi-organ failure. He was 71. 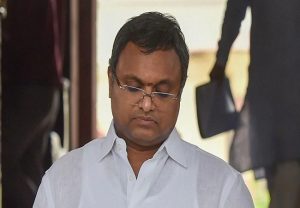 "I have just tested positive for Covid. My symptoms are mild and as per medical advice, I am under home quarantine. I would urge all those who have recently been in contact with me to follow medical protocol," he said in a tweet.

The agency had submitted purported emails between INX Media and a company belonging to Karti Chidambaram, claiming that these emails will “prove offences committed”. The Congress party has continuously been saying that along with COVID-19, the economic situation will be a major problem for the country in the months to come. This comes after a delegation of Congress leaders approached the Election Commission of India (ECI) on Tuesday asking for a ban on campaigning by Minister of State for Finance Anurag Thakur and BJP Lok Sabha MP Parvesh Verma for the February 8 Delhi Assembly elections because of their “provocative statements to incite communal violence”.

My name is not ‘Rahul Savarkar’, will never apologise for truth: Rahul Gandhi

Party workers from across the country will be participating in this rally, which is being organised to highlight several issues including "sluggish economy, rising unemployment, and farmers' problems."

In six months, Prime Minister Narendra Modi's government has wrecked India's economy. Yet ministers are completely clueless. Yesterday Finance Minister said everything's alright, we are on top of the world.