“Eid Mubarak! Greetings on Eid-ul-Fitr. May this special occasion further the spirit of compassion, brotherhood and harmony. May everyone be healthy and prosperous,” wrote PM Modi on Twitter. 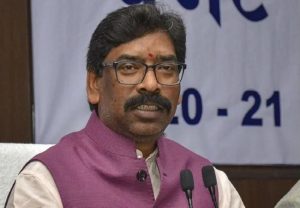 Despite a directive from the MHA to open the shops in a residential area, Jharkhand CM, Hemant Soren has decided not to allow to open shops in Ranchi till 3rd May 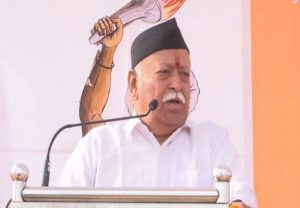 Avoid using word ‘nationalism’, as it is derived from Hitler, Nazism: Mohan Bhagwat

Bhagwat added that there is unrest across the country due to fundamentalism, however, every citizen of India is connected to each other despite of diversity in the country because "we are connected with the word Hindu".

New Delhi: Former India skipper MS Dhoni on Thursday shared a perfect anecdote as to how a little help never...

India displayed a brilliant performance with the ball on Day Three as they ended the Proteas' first innings and then in the second innings, clinched eight wickets. South Africa are on 132/8 and still need 203 runs to win.

At the function, he launched the 'Pradhan Mantri Laghu Vyaparik Mandhan Yojana' and 'Swarojgar' pension schemes, inaugurated the new building of the Jharkhand Assembly and a multi-modal terminal at Sahibganj in the afternoon today.

Time to take Yoga to villages, to the poor and tribal’s house: PM Modi on 5th Intl Yoga Day

Jharkhand Chief Minister Raghubar Das and various other ministers were present in the event. Around 30,000 people participated in the event.

"Tomorrow lakhs of people will do yoga with PM Modi at Prabhat Tara ground. People of Jharkhand are very much aware of yoga and health," Chief Minister Raghuvar Das told media.

The incident occurred when the troops of 209 CoBRA battalion of CRPF and Jharkhand police were out on special joint operations. Among the injured, 8 personnel are of CoBRA while 3 of Jharkhand Police.