He has also become the oldest player since Australia's Ken Rosewall in 1977 to make it to the semi-finals of the tournament. 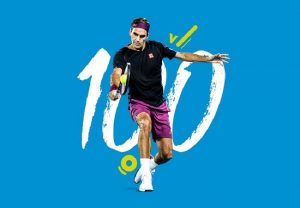 Sending the cat among the pigeons, Millman once again bounced back in the fourth set, to take the match into the final set.

On July 14 this year, finals of both the tournaments went down to the wire and sports fans had a field day as they were constantly glued to the edge of their seats.

Nagal had defeated local hope Francisco Cerundolo in the quarter-finals and entered final after steamrolling Brazil's Thiago Monteiro 6-0, 6-1 in the semifinal.

Medvedev displayed massive courage in standing his ground in not only combating the celebrated champion but also against crowd support for Nadal; he showed immense resilience to come back from the dead to give a fight to frighten Nadal.

Nadal, with his resilient attitude, continued his natural attacking game and finally overcame the obstacle to breeze away to his fourth US Open crown.

Roger Federer knocked out of US Open tennis tournament

The 78th-ranked Bulgarian, who had dropped all seven prior meetings with Federer, made a dramatic fightback to defeat the Swiss third seed 3-6, 6-4, 3-6, 6-4, 6-2 at Arthur Ashe Stadium.

Sumit Nagal is going to have a solid career, says Roger Federer

The Indian player had qualified for the US Open main draw on Friday. He became the youngest Indian in 25 years to qualify for the main draw of a Grand Slam after defeating Brazil's Jaao Menezes 5-7, 6-4, 6-3.

Nagal had become the youngest Indian in 25 years to qualify for the main draw of a Grand Slam as he had defeated Brazil's Jaao Menezes 5-7, 6-4, 6-3. He had earlier won the Wimbledon Boys' doubles title in 2015.