“No one is above law”, says Sanjay Raut after SC orders CBI probe in Sushant Singh Rajput’s case

He said that those in the government who know the law, the Mumbai Police Commissioner or our Advocate General can talk about it, it is not fit for me to comment on the verdict of Supreme Court.

Sushant was like our son, we also want to know reason behind his suicide: Sanjay Raut On Sushant family’s legal notice to Sanjay Raut for apology, Sena leader says, ‘will think about it’

Anish Jha, lawyer of BJP MLA Niraj Kumar Singh, a relative of the deceased actor said Raut has been given 48 hours to apologize for his recent statements in connection with actor Sushant Singh Rajput's death case.

What I said is based on information I have, says Raut after notice by Sushant’s kin

"If there has been any kind of miss on our part, we will think about it. But I will have to look into it. What I have said so far is based on the information I have, Sushant's family is speaking on the basis of information they have," said Raut However, sources close to Sushant Singh Rajput’s family in Patna deny that his father KK Singh had tied the knot again after his mother died in 2002. 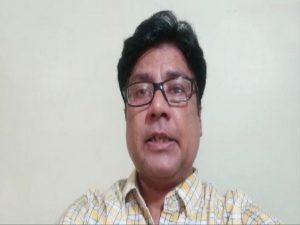