Shami also talked about how he felt during India's inaugural day-night Test match against Bangladesh in November last year. 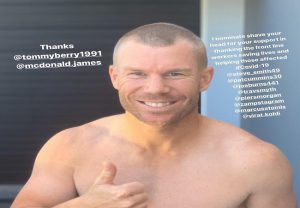 As per the ICC rules, both innings needed to have at least five overs to constitute a match. However, in ICC tournaments, the minimum over-limit goes to 10 overs per side.

Shakib Al Hasan can now resume international cricket on October 29, 2020. The 32-year-old all-rounder said he is 'extremely sad' to have been banned from cricket.

Men's cricket team coach Ravi Shastri wished his followers a Happy Dussehra and wrote, "Enjoy the victory of good over the evil. May you have a fun-filled and blissful."

England and Australia will be the first two cricketing nations to wear names and numbers on their jerseys for the first time in the 142 year history of Test cricket.

Team India chief selector MSK Prasad on Sunday had announced the squads at the BCCI headquarters in Mumbai for the upcoming series in Windies. Putting all speculations to rest about India captain Virat Kohli's participation in the limited-overs series, he was chosen to lead the team in all formats