Sushant's death case is being investigated by CBI (Central Bureau of Investigation), ED (Enforcement Directorate), and NCB (Narcotics Control Bureau). Several aspects are being looked into to find out the truth. ‘I had the game wrong…’: Sister Shweta shares Sushant Singh Rajput’s letter to self "I seem to have created unnecessary trouble with my irresponsible choice of words on a post. Rhea is a dear old friend, and I'm happy to meet her again and I wish her well," he wrote in the post. Sushant death probe: “The CBI is conducting investigation in a thorough and professional manner using scientific techniques. All aspects are being looked at and no aspect has been ruled out as on date,” letter addressed to RajyaSabha MP Subramanian Swamy said. Year-Ender 2020: From Sushant to Irrfan Khan, the Bollywood icons whom we said final goodbye in 2020

Be it 'James Bond' legend Sean Connery, or Bollywood's most celebrated icon Rishi Kapoor, the year kept dealing major blows with almost every fan losing at least one of their favourite entertainers. The PIL also sought directions to the CBI to complete its investigation in the matter within a period of two months and submit a final report in the court concerned and submit a copy of the final investigation report before this court. The NCB, which is probing the drug angle in Sushant's death case, started the investigation after it received official communication from the Enforcement Directorate (ED), in which there were various chats related to drug consumption, procurement, usage and transportation. 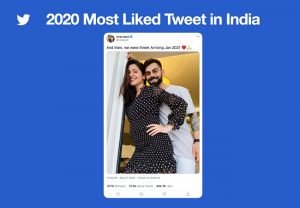 According to NCB sources, it has been learnt that both Bharti and Haarsh consume drugs. After getting secret information and tip-off from drug peddlers, the NCB officials landed at Bharti Singh's house.