New Delhi: It may not be a hidden fact that Women’s Day is approaching, thanks to the innumerable messages that have bombarded our phones regarding ‘special coupon code’ to ‘avail 50 per cent off’ for ‘Women’s Day.

Women’s Day… a day designated in our calendar by the world to celebrate women… to preach about equality of men and women, to understand why feminism is important. But many questions arise in the minds of people, especially, the obvious one: why is not every day a Women’s Day? Similar arguments can be used for any other day that may hold special significance to anyone. For example, Men’s Day, Father’s Day, Mother’s Day, and even Valentine’s Day.

The reason we mark a special day for a particular celebration is not always to reduce it to that very day, but to mark a celebration of the achievements that have happened over the year. 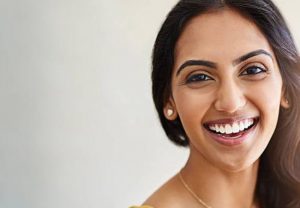 “There is a historical importance to March 8 and why we celebrate Women’s Day on it,” said Pawan Harsana, Assistant Professor, Department of Sociology, Maitreyi College, University of Delhi.

“After French Revolution, even though men started getting their constitutional rights, like the right to vote, these rights never reached women. They were considered as secondary citizens. But on May 3, 1908, the US Socialist Party went for a large demonstration for women’s economic and political rights. The second Socialist International Conference happened in 1910 in Copenhagen, in which it was decided to mark any one day for the celebration of Women, across the globe. And hence, on the 14th Anniversary of the Paris Commune, the first International Women’s Day was marked. And on that day, women of every nationality, held demonstrations to mark the day,” elaborated Pawan.

“Their demands were to get economic equality, voting rights and particularly, getting an equal right to that of men in the society. Not more, not less, just equal. The United Nations recognized 1975 as International Women’s Year and only in 1977, the United Nations General Assembly proclaimed March 8 as an official UN holiday for women’s rights and world peace. It has since been commemorated annually by the UN and much of the world, with each year’s observance centred on a particular theme or issue within women’s rights,” he said.

Every year, there is a theme for Women’s Day. 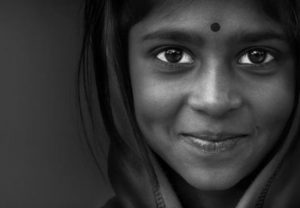 “We have been looking at different kinds of themes for every year. This year, the theme is Gender equality today for a sustainable tomorrow,” said Dr Rashi Bhargava, Assistant Professor, Department of Sociology, Maitreyi College, University of Delhi.

“We have had more than 100 years of history of women’s struggles in every sphere, be it voting rights, right to work or reproductive rights and rights over their bodies. Women around the world still don’t have the right to abortion in so many parts of the world. Simultaneously, there are regions where keeping a child is still decided by the family,” added Dr Bhargava.

Many families even in this day and age literally force the woman of the family to get impregnated till she gives birth to a boy. Unfortunately, it is as much prevalent in high society people, as much as it is in lower-income group people. It isn’t easy to carry a baby around for nine months and get into excruciating labour pain and do that again and again to please the whim and fancy of someone.

“Our actions are determined by the systems we come from, and hence the theme of gender equality for a sustainable tomorrow is pertinent to connect our macro and micro realities. We have come a long way, from struggling for basic things like recognition and visibility to contemporary times where we discuss complex issues, connecting knowledge, practices and attitudes,” she said.

Basic awareness about the struggles of women in the patriarchal society that we still live in can help in making a better and equal tomorrow for everyone.

“It is important to understand that not just women, but also men are victims of patriarchy,” said Pawan.

In this day and age, Women’s Day has been reduced to a mere promotional campaign for brands and stores to offer discounts and

encourage consumerism. While radical feminists and other people, in general, may feel that it reduces the significance of the day to mere profit for brands, Pawan feels otherwise. “Even though brands earn profits and increase their sales during special days like these, the recurring messages that they give to their customers is positive: respect the women in your life and give them the space and privacy that they deserve. It does have a subconscious impact on the minds of people, who, otherwise would not have even cared to know that such a day existed,” he said.

It is important to realize that women in general, around the world, desire and deserve respect and rights equal to those that men receive.

Hence, just like the ‘Independence Day’ of any country is a culmination of years of fight against oppression and slavery, the same way, Women’s Day is a result of years of sacrifices and struggles that great leaders have undergone to give the 21st-century woman the rights and respect that she gets now.

Both Pawan and Dr Rashi agree that there are many ways in which everyone can contribute to making every day feel like a special day for women.

Helping in domestic chores, not taking a lady’s non-economical contribution to the household for granted, respecting and valuing a lady as an equal, irrespective of who dominates the household, are some of the ways in which we can not just make the women in our lives feel loved and respected, but also make sure that we celebrate every day as ‘Women’s Day.

International Women’s Day 2022: Best wishes, quotes to cherish your love for ladies in your life