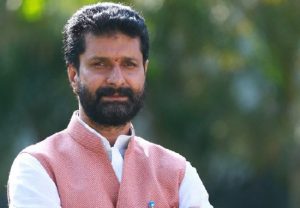 The Election Commission has issued a show-cause notice to Thakur and has sought a reply by 12 pm on January 30.

Singh's defence of Gen Rawat came a day after the Army Chief's remarks while addressing an event in the national capital on Thursday.

SIT arrests Swami Chinmayanand but no rape charge against him

The matter came to the fore when the girl went missing on August 24 after putting up a Facebook post alleging that a person from 'sant samaj' threatened to kill her and her kin.

Azam Khan did not apologise and said he will resign if he had said anything unparliamentarily. He also staged a walkout along with his party chief Akhilesh Yadav, who defended his remarks.

BJP leader Ishrat Jahan was allegedly threatened by locals and asked to vacate her rented house allegedly for attending a Hindu religious event wearing hijab in Howrah, police said on Thursday. In her complaint filed on Tuesday (July 16), Jahan had said that she went to attend BJP’s Hanuman Chalisa Path in AC market. But, when she returned home she was accosted by people of her community for attending the Hindu event.

Everyone said I should leave the house immediately else they will push me out of the house forcefully. I am receiving death threats. I demand protection. I live alone with my son, anything can happen to me anytime

Karnataka crisis: Congress gets in ‘Save Government’ mode

"I am going to Tumkur and I will come back at 4 pm. You know about the political developments. Let us wait and see. I do not want to answer to what HD Kumaraswamy and Siddaramaiah say," Yeddyurappa said

In Karnataka, alliance government is changing day in and day out. It is revealed unchallengeable that former CM Mr. Siddaramaiah is behind the drama staged in Karnataka politics. His intention is to unseat Kumaraswamy and take over as the chief minister of Karnataka. He is just to blame the BJP for having created this scene. He is greedy and wants to be the chief ministe

PM Modi took to the micro-blogging website to express his condolence and said: "Strongly condemn the killing of Shri Ghulam Mohammed Mir. His contribution towards strengthening the party in J&K will always be remembered. There is no place for such violence in our country. Condolences to his family and well-wishers."