The Health Ministry also said that the outcome ratio, indicating the status of closed COVID-19 patients whether they have died or recovered, has improved to 90:20, which was 80:20 on April 17 According to the WHO daily situation report, Europe has confirmed 5,03,006 cases, which accounts for more than half of global cases. The continent has recorded over 33,000 deaths. 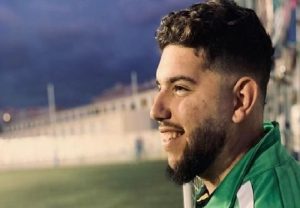 Atletico Portada Alta released an official statement on Instagram about the passing away of Garcia. 2 new cases of Coronavirus confirmed in India; one in Delhi, another in Telangana

Global deaths due to coronavirus outbreak on Monday rose above 3,000 with the new count in China mainland rising to 2,912.

Deputy Fire Chief Officer Sunil Choudhary said: "A fire broke out in a 600 sq feet plot. It was very dark inside. It is a factory where school bags, bottles and other materials were kept."

The avalanche had hit Army positions in the Siachen glacier after which eight personnel were stuck under the snow. The altitudes in the northern glacier are around 18,000 feet and above.

Satyapal was admitted in Medanta hospital for the last 17 days and breathed his last on Thursday night.

Participants made intentional dietary changes resulting from learned integrated concepts about nutrition and behaviour, taught by trained nutritionists during the first year and reinforced quarterly for nearly a decade.

Hundreds of skeletal remains have been discovered lying in open, in a forest near the government-run Sri Krishna Medical College and Hospital (SKMCH) here.