Private lenders Axis Bank and ICICI Bank fell by 1.5 per cent and 1.4 per cent respectively while HCL Technologies, Tata Consultancy Services and UPL traded with a negative bias. 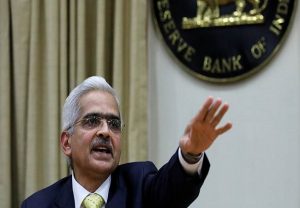 RBI Governor Shaktikanta Das while addressing the media said, Repo rate has been reduced by 75 basis points to 4.4.%...

Airtel deposits another Rs 8,000 cr towards AGR dues in compliance with SC order

The telco said that in line with the AGR judgment and various directions issued by the DoT with respect to Spectrum Usage Charges, the company carried out self-assessment from FY 2006-07 onwards up to December 31, 2019, and interest thereon up to February 29, 2020.

In February last year, the two brothers, who were also the promoters of Fortis Healthcare, had tendered their resignation from the company's Board of Directors.

The Shanghai Composite Index added 0.45 per cent while MSCI's index of Asia-Pacific shares outside Japan gained 0.5 per cent. But sentiment in the wider region remained subdued amid worries about a global recession.