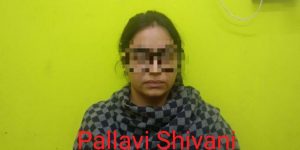 On Friday, Chief Minister Mamta Banerjee during her press conference had raised this issue and instructed Kolkata Police Commissioner to investigate and take necessary action in the matter.

Loftus said understanding the psychological effects of fake news is critical given that sophisticated technology is making it easier to create not only phony news reports and images but fake video, as well.

Newsroom Post took the onus to dig out the truth and clear the confusion. Actually, the message which is going viral is a very old message. It looks like a deliberate attempt by someone to spread this false news among users.