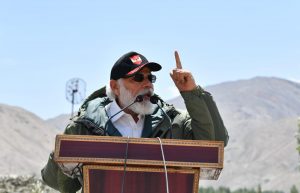 Tales of bravery displayed by 14 Corps will echo everywhere: PM Modi in Ladakh

"The bravery and dedication you show is not lesser than anyone else in the world. At the position where you are, no one in the world can compete with that. Your courage is higher than the heights where you are posted today," PM Modi said. At a virtual press conference, senior Congress leader Kapil Sibal said that the prime minister should address the nation and promise that anyone capturing Indian territory would be pushed back. Sonia, Rahul question Centre over Galwan clash, ask ‘when will Modi govt take back our territory’

Congress interim President Sonia Gandhi said that the Chinese army has occupied Indian territory in Ladakh and asked " when and how will the Modi government take back our land". The deadly clashes at the Galwan valley near the Line of Actual Control (LAC), apparently the first incident of bloody... 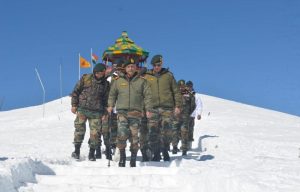 Army Chief General Naravane’s two-day visit to Ladakh: What is this about

Last week, Air Chief Marshal R K S Bhadauria made a quiet visit to Ladakh and Srinagar air bases to review the Indian Air Force's preparedness to deal with any eventualities in the region. After Colonel’s falling down, the 16 Bihar soldiers were joined by ‘Ghatak’ troops and they together launched most brutal attack on Chinese soldiers…. snapping their neck and smashing their faces. India-China face-off: Congress questions Modi govt but these facts point fingers at its own record

The more frequent face-offs are not necessarily a sign of weakness or bad relations, but indicate a greater ability on the part of the Indian Army to monitor, detect and respond to PLA patrolling. 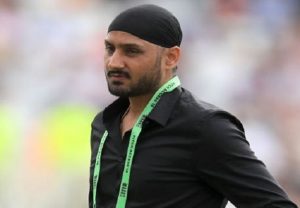 "Many people point out that celebrities endorse many products; I can assure you, I won’t be among them. In the absence of Chinese sponsors, there could be many others. We have to decide whether the IPL is bigger or the brand. IPL doesn’t need any brand, IPL in itself is a big brand," said Harbhajan.