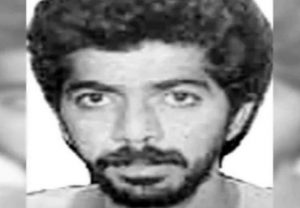 Joint Commissioner of Police Crime, Santosh Rastogi said, "His daughter was in our custody. She gave a lot of information to us. Our sources also told us about his arrival in Patna.

Mumbai: Commissioner of Police holds talks with members of Muslim community to clear doubts about CAA

"There are agitations and protests but when Police works in tandem with the society then the protests could be handled in the correct way as well. We give permissions for democratic protests but if there is a doubt regarding the demonstration, we take care that no untoward situation arises," he added.

PMC Bank Scam: HDIL’s Properties to be detached and auctioned

RBI appointed administrator JB Bhoria had written to EOW to release the properties of Wadhawans (HDIL) so that those properties can be auctioned. EOW is likely to approach the court in 2-3 days to get the provisionally attached properties detached.

New Delhi: The BJP is set to sweep assembly elections in both states Haryana and Maharasthra, with Devendra Fadnavis and...

The electoral fate of over 3237 candidates in Maharashtra will be sealed in EVMs by the voters who will exercise their democratic franchise in the assembly elections.

The elections are significant as it is the first assembly polls after Modi steered the BJP-led NDA to a resounding victory in the Lok Sabha elections earlier this year for a successive second term at the Centre.

As per the weather experts, Mumbai is receiving these heavy rains due to a Cyclonic Circulation over Madhya Maharashtra which is 5 km to 9 km above sea level.