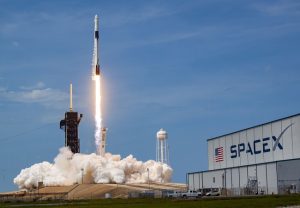 SpaceX, NASA launch first astronauts into orbit from US soil in nearly a decade

The mission marks the first flight of NASA crews from the US soil since 2011 and the first launch of a rocket owned by SpaceX, the commercial space company founded by Elon Musk. 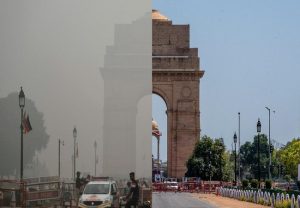 Our own orbiter had already located Vikram lander: ISRO Chief

ISRO chief's comments came after NASA said that it had found the remains of the Vikram lander has been found by its Lunar Reconnaissance Orbiter and credited the discovery to Chennai based amateur astronomer and engineer Shanmuga Subramanium.

Spent 7-8 hours each day for 4-5 days on this: Shanmuga Subramanian on discovering debris of Vikram Lander

The NASA posted images clicked by its Lunar Reconnaissance Orbiter (LRO) Camera, showing the site's changes on the Moon and the impact point before and after the spacecraft had made a hard-landing on the lunar surface.

Chandrayaan-2 may be hiding in shadows, says NASA after capturing landing site

The Lander Vikram was scheduled to make a soft-landing near the south pole of the moon on September 7. However, minutes before its scheduled soft-landing, the communication with Vikram Lander was lost.

The helium balloon with the miniature satellite was launched from NASA’s Columbia Scientific Balloon Facility located in New Mexico, USA.

‘Your journey has inspired us’: NASA lauds ISRO’s Chandrayaan-2 mission

NASA on Saturday commended ISRO's attempt to place 'Vikram' lander of Chandrayaan 2 mission on the moon's south pole and said it was inspired with the Indian space agency's journey.

Chandrayaan-2 has several science payloads to expand the lunar scientific knowledge through detailed study of topography, seismography, mineral identification and distribution, surface chemical composition, thermo-physical characteristics of top soil and composition of the tenuous lunar atmosphere, leading to a new understanding of the origin and evolution of the Moon.