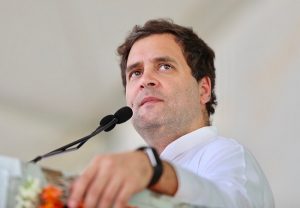 Rahul Gandhi’s announced on Sunday-when the country saw its highest single-day spike of over 2.61 lakh Covid-19 cases and active cases in the country surpassed the 18 lakh-mark. Rahul Gandhi suspends all public rallies in West Bengal due to Covid19 situation, urges other political leaders to comprehend over the same

Taking to Twitter, the Congress MP mentioned rallies and wrote, “For the first time I have seen such crowds of sick and dead.”

Earlier on Saturday, he had hit out the Central government over the deteriorating COVID situation in the country and said a clear vaccine strategy is needed.

Rahul has also tweeted saying that the shortage of vaccine during this surge in new coronavirus cases is a serious issue and not a reason to celebrate. 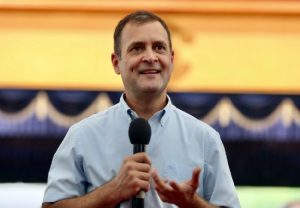 "Wayanad is Rahul baba's constituency. He was Amethi's MP for 15 years and did not do anything to make Amethi better. Later, he shifted to Wayanad. I have never witnessed a tourist politician like Rahul baba. He will do no development in the region", Amit Shah said.

In an interaction with Rahul, Nicholas Burns, former US undersecretary of state for political affairs, proposed that India and the US should come together to take on countries like China.