This comes after Reserve Bank (RBI)’s direction to all lending institutions including banks and housing finance companies, to allow 3-month moratorium to borrowers on term loans. Salesforce and its ecosystem of customers and partners in India are expected to create over 67 billion dollars in business revenues and 548,400 new direct jobs by 2024, according to research by IDC.

The Union Cabinet on Friday approved reconstruction scheme for private sector lender Yes Bank as proposed by the RBI.

Moody's could further downgrade the bank's ratings if Indian authorities are unable to resolve the bank within the planned moratorium period or if the moratorium is extended, such that it further impairs the bank's ability to make timely payments to depositors and senior creditors. New Delhi: SBI Chairman Rajnish Kumar on Friday said that there is no need to panic for depositors of Yes... 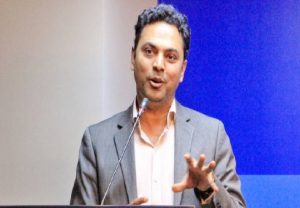 On Thursday, the RBI said a moratorium has been imposed on Yes Bank, stressing that the bank's financial capability has undergone a steady decline largely due to inability of the bank to raise capital.

SBI Cards & Payments Services Limited made an application to list Commercial Paper at BSE for an Issue Size of Rs. 400 crore. Post process, the effective date of listing for the same at BSE is December 13, 2019.

Infosys was the top loser at Rs 640 per share -- down by 16.65 per cent -- a day after an anonymous group calling itself 'ethical employees' alleged in a letter to the board of Infosys and the US Securities and Exchange Commission (SEC) that the company is taking unethical steps to boost short-term revenue and profits.