Soon after the accident, Shabana Azmi was immediately rushed to MGM Hospital in Navi Mumbai and was later shifted to the multi-specialty Kokilaben Hospital in Mumbai's Andheri. The car in which the actor was travelling along with her husband renowned lyricist Javed Akhtar was hit by a truck near Kalmpur Toll Plaza. Javed Akhtar did not sustain any major injury. 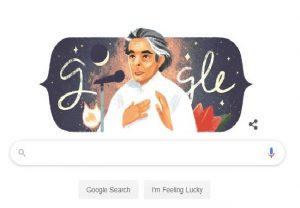 Supreme Court bench led by then CJI Ranjan Gogoi unanimously ruled in favour of Ram Lalla and said the entire disputed land spread over 2.7 acres will be handed over to a trust formed by the government, which will monitor the construction of a Ram temple at the site.

The actor had on Sunday shared a monochromic picture featuring his wife Gauri Khan and youngest son AbRam Khan where all three of them can be seen sporting tilaks.

Shabana Azmi salutes husband Javed Akhtar for believing in himself, not giving up

Taking to Twitter, Shabana recalled that Javed was just 19 when he first arrived in the dream city, Mumbai. He did not have much money but just Rs 27. He slept on the pavement, went without food for four days but he believed in himself and never gave up.

Swaraj was appointed the foreign minister in the first term of Modi government in 2014. She opted out of the 2019 Lok Sabha elections citing health reasons. 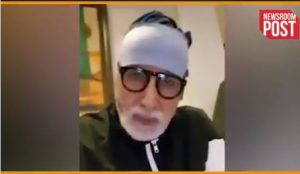