Toughest part was to stay away from my 2-year-old son: Sania’s emotional post after Covid recovery

Indian tennis superstar Sania Mirza took to social media to announce that she was contracted with Covid-19 but now she's healthy. Twitter had removed Trump's account in wake of US Capitol violence, saying "After close review of recent tweets from the @realDonaldTrump account and the context around them we have permanently suspended the account due to the risk of further incitement of violence." 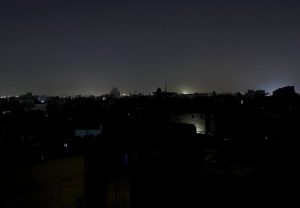 Meanwhile, Energy Minister Omar Ayub on Twitter said that the "frequency in the power distribution system suddenly dropped from 50 to 0 which caused the blackout". Check out wide-ranging monthly report of Twitter engagement in 10 categories including Politics, Business, Bollywood & others. Like October, PM Modi enjoys top spot while other BJP leaders make entry in Top 10. According to reports, some 1,400 images of the Thailand king’s royal consort – Sineenat Wongvajirapakdi, many of which are sexually explicit, have been leaked earlier this year to prominent critics of the Thai monarchy living abroad.