A BMC official said, “When we went to her home in Andheri (W), she did not open the door. We then learnt that she instead went out for film shooting. We then approached the Oshiwara police station.” "Amazon Prime Video again deeply regrets that viewers considered certain scenes to be objectionable in the recently launched fictional series 'Tandav'. This was never our intention, and the scenes that were objected to were removed or edited when they were brought to our attention," Amazon Prime said in a statement. 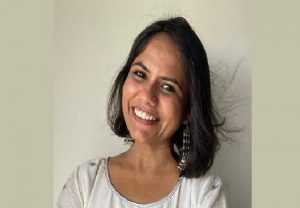 The Allahabad HC said there have been attempts in movies to subvert the image of historical and mythological personalities and mentions "Padmavati". On Monday, the cast and crew of the Saif Ali Khan starrer political-drama had extended their apologies to the viewers for "unintentionally" hurting their sentiments After backlash, ‘Tandav’ makers to implement changes in web-series

'Tandav' creator Ali Abbas Zafar shared an official statement from the cast and crew of 'Tandav' on Twitter and reiterated that the team had no intentions to hurt or offend the sentiments of any caste, race, community or religion.