Even though the government has allowed the religious places to open up, there will be stringent rules for worship. Priests allegedly killed with a sword at Bulandshahr temple: SSP 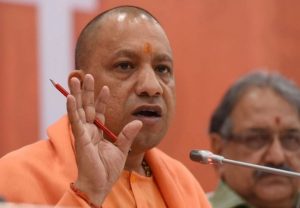 Chief Minister Yogi Adityanath has directed the district magistrate, senior superintendent of police and other senior officers to reach the spot immediately. In this Tamil Nadu temple, only women perform pooja, even during menstruation On November 9, a five-judge bench ordered the construction of Ram Temple while directing the government to give five acres of land to build a mosque in Ayodhya, Uttar Pradesh.

Stressing that the step would make Ayodhya as one of the top religious tourist destinations in the world, he said the airport will give a major boost to the overall development of Ayodhya and nearby region.

The prohibitory orders will be in effect in Madhya Pradesh capital Bhopal and Bengaluru. "Section 144 CrPC has been imposed in Bengaluru from 7 am-12 midnight," Police Commissioner Bhaskar Rao said.

"The Hindu society calls for putting a ban on the entry of anti-Hindu Digvijaya Singh into temples. Ban! Ban! By Hindu Samaj," read one such poster pasted outside the Parushram Temple.

The 80-year-old leader has, time and again, advocated for the need to build a Ram Temple at the disputed site in Ayodhya, where a 16th-century Babri Masjid was demolished on December 6, 1992.